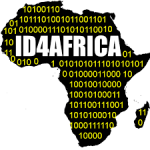 As the biometrics industry continues to grow, Biometric Update is bringing a new focus to the stories around the stocks in the sector. Check in with this space each week for a rundown of the financial news and interesting ideas from the week that was.

Yet another major data breach has come to light. The latest announcement comes from governance-challenged, ride-hailing service Uber, which admitted it lost massive amounts of use data in a hack that occurred months ago. The company failed to disclose the breach to shareholders, making yet another example of dodgy decision making at the company. That the current security infrastructure needs to be updated is a message delivered by more than one CEO in the biometrics sector over the past few weeks. As companies announced their third quarter financials through the recent earnings season several executives spoke out on the current issues around digital security.

Overlooked in last week’s column were comments from ImageWare CEO Jim Miller, who, in answering a question from an analyst, addressed the need to utilize biometric technology to prepare for the fallout from recent data breaches. “So now the question is…the [the data] is out there, it’s been stolen, how do we protect you when it pops up? … I would suggest, respectfully… to mitigate that risk and to protect against that risk, companies are going to adopt [biometric] technology to make sure that when that information pops up, it’s not a criminal using it, it’s really you. Or if it is a criminal using it, it gets rejected because it isn’t you,” said Miller on the conference call. “Simply put, that’s the motivating factor. I think there’s been a watershed turn in this entire space. Under the [system] we use today, if I stole your record from a credit reporting bureau, I have everything I need. If I’ve stolen a healthcare record I probably have family maiden name in the family history section. Certainly bank records have that. There is no question I can’t answer under today’s authentication standards. Biometrics changes that and forces someone to prove they’re actually you when they may present that information.” He has a very good point.

Also reporting third quarter earnings was BIO-key International, which announced it recorded a loss of USD $1.6 million ($0.28 per share). This compares to a loss of $1.1 million or $0.24 per share in the third quarter of 2016, but looking beyond the loss, there were some highlights in the numbers that suggest a bright future. The company has come to market with several new products over the last two quarters. These sensor-based consumer products are just now beginning to hit the market. And so revenues have only begun to show up on the bottom line. BIO-key management also announced that revenue increased to USD $947,241. This is up from USD $431,463 in the same period last year. An impressive gain of 118% year-to-year. The new revenue comes partly from the company’s line of ‘TouchLock’ fingerprint and Bluetooth-enabled padlocks. There is also a biometrics-based bicycle lock and a line of luggage, TouchLock TSA. According to CEO, Mike DePasquale, “The TouchLock line contributed meaningfully to hardware revenues in both the second and third quarter of this year. Following initial sales in Asia in the second quarter, we recently launched these products in the U.S. to our own ecommerce site (www.shopbiokey.com) and on Amazon.com.” Overall hardware sales rose 134% to $512,281. As the holiday season approaches management says it expects to see its hardware products snapped up as gifts. The company’s SideTouch fingerprint reader will appear over the next few weeks on the Home Shopping Network. Says DePasquale, “You’re going to see over the next couple of weeks a whole campaign in the social and public venues that promote these products. We have an affiliate marketing program that we’re kicking off, which will extend the reach and breadth and depth of our market or addressable market. So all of these things will be evolving over the next couple of weeks and certainly be put in place for the holidays.” Discussing market trends DePasquale went on to voice comments similar to those of Miller. “Overall we do see a changing sense of urgency for finding and deploying two-factor authentication solutions… we are experiencing increasing demand and interest in our expanded range of products. We have made solid progress year-to-date as the persistent wave of cyber attacks continues to underscore the risks of failing to deploy stronger security measures. As organizations increase their willingness to take proactive measures to protect their critical infrastructure, we are confident the security, user-friendliness and lower cost of ownership of our solutions will drive growth in enterprise software sales over time,” he said. DePasquale also mentioned Apple’s new face ID app on the iPhone X. “As is typical when Apple does anything, their use of facial recognition in the new high-end phone has sent shock waves through the security industry, raising concern for the future of other biometric forms such as fingerprint…. these concerns have been reflected in 20% or greater declines in the market values of several publicly traded companies in the biometrics field. Bottom line, we do not believe Apple’s move into facial recognition is cause for any great concern for BIO-key. And once the buzz buy is down we believe the viability of fingerprint and other modalities will be clear. While this may sound self-serving, this viewpoint is solidly rooted in customer and industry feedback where we are not seeing any traction for this technology within government or enterprise customers… The fingerprint industry will bounce back because in government, in enterprise, customers love the ease of use, the simplicity, and more importantly, the accuracy that’s associated with our biometric technology. So while we do understand the excitement and concern that Apple’s launch has generated, we are not seeing it impact near-term demand for our products at all, other than from a curiosity standpoint,” said DePasquale. He went on to reaffirm the ‘low-end’ of their previous guidance on revenue, which management expects to come in around $6 million for the year–this would represent year-over-year growth of approximately 100%. BIO-key also announced Fabian Shin has been appointed to the board. The press release described Shin as one of four “internationally-based directors.” A financial executive based in Hong Kong, Shin will help with the company’s expansion in Asia. The release notes Mr. Shin has over 25 years of experience as an advisor, investment banker, financial consultant and independent director. He is currently an independent non-executive director of several Hong Kong-listed companies. But it was during his investment banking career that he served as a head of an investment banking unit within the Industrial and Commercial Bank of China (ICBC). The bank is a fascinating organization. Along with the Bank of China, Agricultural Bank of China, and China Construction Bank, ICBC Is one of China’s “Big Four” state-owned commercial banks. These massive organizations form the backbone of the financial services industry of the world’s most populous country. They are gargantuan as a result. According to Wikipedia ICBC is ther largest bank in the world by total assets as well as the most valuable bank in the world by market capitalization. Other banks may generate more revenue, but how many have assets of USD $3.616 trillion, employed almost half a million people, serve more than 2.5 million corporate customers and 150 million individual customers. According to Tom Gilley, a BIO-key director and chair of the board’s nomination committee, “Given Asia’s importance in BIO-key’s future revenue… the board saw the need to expand our presence, experience and base of relationships in the region by adding another accomplished executive based in Hong Kong. Fabian’s business and financial experience… made him an ideal candidate to join our board.” The company now has three directors in Asia, one in Europe and five in the U.S. “I already see a range of potential opportunities to pursue on BIO-key’s behalf in Asia and look forward to working with the Board and management to advance its business in the region,” said Shin. BIO-key will present at the 14th Annual Imperial Capital Security Investor Conference in New York, December 7. The conference gives large institutional investors such as pension funds a chance to see up-and-coming investible companies.

NEXT Biometrics Group ASA also announced interim results for the third quarter. The company announced improved gross margins and revenue. Third quarter revenue rose to NOK 25.4 million (USD $3,117,827). That’s up from NOK 24 million (USD $2,945,183) in the second quarter of this year. “We reached an important milestone in the second quarter with mass-production capacity firmly established for both flexible and rigid fingerprint sensors,” said Ritu Favre, CEO. The company also announced that it probably needs to raise more money during the next twelve months. On a conference call to announce the earnings Favre said she expects the cash burn at the company to rise in the fourth quarter of this year and the first quarter of 2018. Said Favre, “… we don’t believe there is a full twelve months of cash in the company, and we are working on that scenario.” The company had cash and cash equivalents amounting to NOK 123.1 million on the books at the end of the third quarter. The last time the company went to market to raise funds was February of 2017. At that time the company floated a private placement of NOK 156 million at a price of NOK 134 per share. The share price of NEXT dropped a bit in the wake of the announcement.

Another company announcing earnings this week was Nuance Communications, which reported a decline in revenue from the same period last year. Nevertheless, the share price rose in the wake of the announcement as it seems investors were impressed that the company seems to be recovering from this summer’s hack attack faster than expected. One of the company’s products, a medical transcription service, was taken offline by a hacker in June, denting earnings. But it seems the company is bouncing back fast. An analyst with investment bank Oppenheimer’s noted the better-than-expected revenue was attributed to the company’s “strong execution” in the wake of the cyberattack. In a note to clients the analyst said he was impressed that Nuance’s management reiterated its fiscal 2018 revenue guidance of revenue growth of between two and four percent. The company expects those rates to expand in 2019, when management expects revenue growth of between three and five percent. According to the Oppenheimer analyst the company is “quickly healing” from the cyber attack. “Nuance cushioned the impact from the recent cyber attack while exhibiting robust execution across high-growth segments,” said the analyst in a note to clients. Shares of Nuance gained more than seven percent the morning after the earnings release. The company also announced that it had appointed Tom Beaudoin as executive vice president of business transformation. Beaudoin recently served as CFO for a company called SimpliVity, which was recently sold to HP Enterprise. His hiring at Nuance is a return to the company. Prior to his time at SimpliVity Beaudoin was executive vp and CFO at Nuance where he led accounting, financial planning and analysis, tax and treasury, information technology and administrative functions over seven years. In his new position Beaudoin will oversee an initiative to rationalize the company’s product portfolio. One clue as to where the company is going in the years ahead can be found in the announcement by Nuance management that it will carve out a separate, ‘reportable’ segment for its rapidly growing automotive business. This seems like a smart idea. Automated vehicles are coming on strong and biometrics are going to play a part in this new and burgeoning story.