A UN Refugee Agency (UNHCR) program to count families among displaced Rohingya refugees from Myanmar and identify individuals with biometric registration has completed its first phase, counting over half a million people, a UNHCR spokesperson says.

The program is overseen by Bangladesh’s Minister of Home Affairs and conducted jointly by the UNHCR and Bangladesh’s Refugee Relief and Repatriation Commission (RRRC). The first phase was carried out in the Kutupalong camp, makeshift areas around it, and the makeshift area of Balukhali, spokesperson Duniya Aslam Khan said at a press briefing at Geneva’s Palais des Nations. The program is now continuing to the south of the those camps. 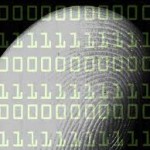 Over 100 enumerators have been hired by the UNHCR, and have gathered data on over 120,000 families, making up over 517,000 individuals. They identified approximately one-third of families in the camps as vulnerable. More than half of the refugees are women (52 percent) and children (54 percent), some of whom are taking care of younger siblings.

“The design and methodology of this family counting exercise are somewhat unique in UNHCR’s emergency registration history,” according to Aslam Khan. “Because the refugees are still on the move and site zoning is still in progress, the enumerators visit their shelters individually, meaning that refugees do not have to queue to be counted.”

Data was collected with mobile devices, utilizing GPS without network coverage, and uploaded automatically to a secure server when a network connection could be established, according to the UNHCR. Geotagged family data and barcoded Family Counting Cards issued by the RRRC fill a vacuum of information about the details of the humanitarian crisis, and will be used by the UNHCR, Bangladeshi authorities, and humanitarian partners.

As previously reported, the wave of refugees from Myanmar to Malaysia led that country’s government to request in July that the UNHCR share information, including biometric data, it had collected so that Malaysia could screen the nearly 150,000 refugees and asylum seekers for IS militants.