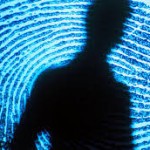 The luxury hotelier requested the move from state court under the Class Action Fairness Act because the amount in controversy exceeds $5 million.

In an October complaint filed in Cook County Circuit Court, the lead plaintiff claimed that the company did not follow proper procedure to notify her and her coworkers that Pineapple was collecting, storing and using their fingerprints, putting the putative class of workers in danger, as biometric data in the wrong hands can result in complex identity theft.

More than two dozen suits that have been filed under the Illinois BIPA law since the summer, including one against a nursing home last month.

The complaint alleges that when Pineapple implemented a biometrics-based timekeeping system the company failed to notify its employees of what it was doing, putting them at risk. The putative class includes anyone who was asked to give their fingerprint to clock in and clock out at work.

Next Article: HF SECURITY： Our Partners