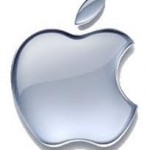 Apple is developing a redesigned iPad that could be released as early as 2018 that integrates key iPhone X features such as slimmer edges and the Face ID facial recognition feature, according to a report by Bloomberg citing people familiar with the matter.

Despite these new features, the new iPad is unlikely to include an OLED screen, which more accurately reproduces colors.

The sources, who asked not to be identified talking about private product development, confirmed that at least one new iPad model with a screen size similar to the 10.5-inch iPad Pro is set to include Face ID for unlocking the device, making secured payments, and sending animated emojis.

The feature would replace the home button in the updated iPad tablet, which is set to be released later next year, according to one of the sources.

The removal of the home button would allow Apple to noticeably reduce the size of the edges on the top and bottom of the device, allowing the tablet to resemble the recently released iPhone X.

Samsung Electronics Co., which currently makes OLED panels for iPhones, would be the only manufacturer with the ability to produce the new screens for iPads in 2018.

However, this is still unlikely due to technical and financial constraints, a person with knowledge of Samsung’s display operations said.

It is also unlikely that other suppliers, such as LG Electronics Inc., Japan Display Inc., Sharp Corp., and smaller China-based firms like BOE Display and Tianma Microelectronics would be able to supply tablet-sized OLED screens to Apple next year, according to other people familiar with the supply chain.

Considering the new iPad model is about a year away from hitting shelves, the plans could shift due to supply and manufacturing constraints on Face ID components, said the people.

Similar to the iPhone X, the new iPad is set to feature a faster processor and a custom Apple graphics processing unit, one of the people said.

Previously reported, GI Securities analyst Ming-Chi Kuo wrote in a note to investors that he believes that Apple’s TrueDepth system will be integrated into the 2018 iPad lineup.