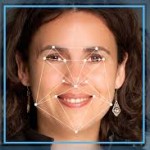 Chinese facial recognition startup Face++ has announced that it has appointed Andrew Chi-Chih Yao, the first Chinese recipient of the Turing Award, as principal advisor of the company’s newly established academic committee, according to a report by China Money Network.

Every year, the Association for Computing Machinery rewards the Turing Award to an honorary recipient who has proven excellence in computer science. The award is considered the “Nobel Prize of computing.”

Yao received the award in 2000, “in recognition of his fundamental contributions to the theory of computation, including the complexity-based theory of pseudo random number generation, cryptography, and communication complexity.”

“We have encountered some clear and basic questions that need better theoretical frameworks,” said Qi Yin, co-founder and CEO at Megvii (Face++) on why the company established the academic committee. “Also, as a leader in our industry, we have the responsibility to discover some fundamental innovations and find a better model to combine theory and practice.”

Yao has has a long-standing relationship with the senior management of Face+++, having taught all three founders of the company, Qi Yin, Wenbin Tang and Mu Yang as a professor of computer science at Tsinghua University.

Earlier this month, Megvii raised $460 million in its latest financing round from several investors including a Chinese state fund, Ant Financial and Foxconn Technology.