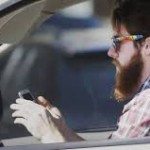 The Homeland Security Department is seeking technology that can passively scan the faces of foreign nationals crossing the U.S. border by land, verifying that the individuals entering the country are, in fact, the same ones leaving it, according to a report by Nextgov.

The face recognition technology would work even if the vehicle’s occupants are wearing any accessories that are partially blocking their face (sunglasses, hats) or are looking away from the camera, and would not require them to slow down or exit the vehicle.

The DHS’ Science and Technology Directorate (S&T) is using Other Transaction Solicitations, a category of contracts designed to be awarded within weeks of the solicitation. These are often designed for smaller contracts valued at a few hundred thousand dollars.

The solicitation seeks technology that can improve the infrastructure at land-based ports of entry, though DHS has many other programs aimed at improving biometric exit-tracking at air and seaports.


The department also wants a solution that would anonymize the data if it accidentally scans the face of a citizen exiting the country, as the biometric exit-tracking is designed solely to track the movement of foreign nationals.In addition, the solicitation states that the land-based border checkpoints often experience snow or intense heat, which creates other infrastructural challenges.

The S&T expects creating awards for $50,000 to $200,000 for up to four phases, ranging from proof of concept, prototype, a complex test and a full-fledged pilot.