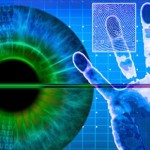 As a result, operators have access to a broader range of b​iometric input data and database records in order to obtain reliable identification and verification matches.

The core architecture and platform improvements also enable a 30 percent decrease in setup time as compared to previous versions, as well as future proofs a customer’s investment.

CABIS Core Cloud is a cloud-based backend solution that ensures that operating costs always represent actual usage due to the elastic and scalable nature of cloud computing.

This eliminates the need for an upfront investment in infrastructure, based on estimated future use, as well as reduces an ongoing focus on internal IT resources.

“Gemalto’s fresh investment in R&D is building on Cogent’s proven ability to deliver outstanding biometric identification solutions,” explained Dr. Daniel Asraf, senior vice president of biometrics solutions for Gemalto. “Cogent’s AFIS core technology is already hard at work in around 200 applications across 80 countries, and the addition of resources such as multi-modal capability and cloud-based deployment will further enhance its value in the fight to protect borders and communities from a wide range of threats.”

Earlier this month, Gemalto announced that Chief Financial Officer Jacques Tierny is leaving the company to pursue other activities.

Next Article: It's the end of October，come on！