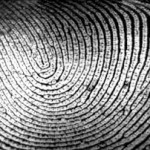 Synaptics Natural ID fingerprint sensors are featured on the new Huawei Honor 7X and the Maimang 6, which adds to the previously announced sensors selected for the Huawei Honor 6C, Honor 6A, Nova 2 and Nova 2 Plus smartphones.

Three of the Huawei models feature both TouchView and Natural ID including Honor 6A, Nova 2 and the Nova 2 Plus.

These features include match-in-sensor technology, Quantum Matcher with PurePrint anti-spoof technology, and SecureLink 256-bit AES encryption with TLS 1.2 secure communication, and MultiMatch, a multi-factor fusion engine that combines scores from both fingerprint and facial scans.

This summer it was reported that Synaptics Natural ID fingerprint sensors with integrated SentryPoint security software are featured in the newest PQI My Lockey USB dongles.