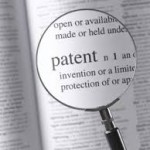 The GB2539705 (A) patent covers a process that allows a user to be authenticated based on the way they look, sound and behave across a wide range of scenarios, by clustering distinctive data and generating a wide range of context-based templates for an individual.

Based on several years’ research and development into deep learning and biometric modelling, the process relates to two specific, entirely automated, sub-processes.

The first sub-process recognizes and classifies various voice, face and behavioural contexts, which could be lighting conditions (for face), noise (for voice) and a range of indicators such as movement (for behavioural).

The second sub-process applies these contexts to an individual, creating a nearly unlimited number of templates against which they can be authenticated.

Alesis Novik, CTO and co-founder of AimBrain, designed the patent as part of the company’s wider patent and technology strategy.

He believes this strategy is what differentiates AimBrain from other processors of biometric data.

“This patent enables AimBrain to develop a more detailed mathematical construct of each user; how they look, sound or behave across a broad range of settings,” Novik said. “This highly specific data is clustered and linked, to build a unique, unbreachable digital identity, so that we can authenticate this person quickly and seamlessly whenever they interact with their bank, in virtually any environment.”

Developed by AimBrain, the process connects detailed clusters of data about an individual, and uses these as a basis for authentication.

As a result, it significantly reduces the instances of false positives (access granted to a bogus user) and false negatives (access denied to a genuine user).

“We know that the consummate goal for financial institutions is finding the delicate balance between security and the customer experience,” Peter Reynolds, chief commercial officer at AimBrain, said. “Figuratively speaking, AimBrain’s technology and processes build a higher resolution picture of a user, to enable faster, more accurate authentication across a range of contextual environments. This precision in authentication is so far unmatched; locking out fraud and improving the customer’s experience with the bank across all channels.”

Last month, AimBrain published a new whitepaper focusing on the benefits of moving authentication from on-device to cloud.

Next Article: EAB presenting Biometrics in Banking and Payments seminar in London