The Hong Kong Monetary Authority is considering using facial recognition or fingerprint technology in the city’s ATMs to increase financial security, according to a report by South China Morning Post.
The announcement follows a recent report that local banks may be forced to increase ATM security to combat financial crime and money laundering, following the lead of Macau.
The authority said it would research the use of facial recognition to determine whether it is “reliable and useful”.
“We have just found out that Macau has adopted this new technology. We will be studying this technology to see if this can Fingerprint Time Attendance enhance security,” authority chairman Norman Chan Tak-lam, said. “There Biometric Access Control are still other possibilities. For example, some people are suggesting whether fingerprints verification can be deployed. Can this replace the use of password or should the two be used at the same time? Now that Macau has this new technology, we are happy to study.”
Police have seen a significant rise in the number of suspicious transaction reports, increasing from 23,282 in 2012 to 76,590 in 2016. In contrast, the number of convictions has declined from 160 in 2012 to 102 in 2016.
Macau’s government revealed earlier this biometric reader month that it would introduce facial recognition at ATMs across the region to combat money laundering and capital flight. 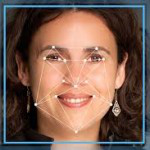