HSBC’s voice ID authentication software designed to prevent bank fraud has been duped by BBC Click reporter Dan Simmons and biometrics attendance system his non-identical twin, according to a report by BBC News.
Simmons created an HSBC account and signed up to the bank’s voice ID authentication service. His non-identical twin, Joe, was able to access the account via the telephone by impersonating his brother’s voice.
HSBC said it would “review” ways to make the ID system more sensitive following the BBC investigation.
“The security and safety of our customers’ accounts is of the utmost importance to us,” said a spokesman at HSBC. “Voice ID is a very secure method of authenticating customers. Twins do have a similar voiceprint, but the introduction of this technology has seen a significant reduction in fraud, and has digital door lock proven to be more secure than PINS, passwords and memorable phrases.”
The bank rolled digital locks out the voice-based security feature in 2016, which it said measured 100 different characteristics of the human voice to verify the identity of the customer. 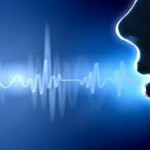