What kind of biometric identification technology is more secure and reliable?

With development of society, biometric identification technology will be more and more popular.
Eye movement recognition：
Now in addition to the iris identification, an Israeli company, is to through each person's unique Chongqing Huifan Technology Co., Ltd. eye movement pattern identification. According to their research, each person's eye movements have fixed pattern, for example, will track the movement of the mouse on the computer screen and, using eye identification biggest advantage is hard to fake, because it is generated according to the current eye by stimulation of instant reaction, rather than as a fingerprint like static easy to be copied, but the advantages and disadvantages, due to the movement of the eyeball is very diverse, light is to collect the eye movement pattern fingerprint time attendance system is trouble than a fingerprint, the relative speed of identification nor fingerprint faster.
Nose recognition：
According to a British study, nose in addition to as organs of smell outside, also can used as a identification. Although according to the shape of the nose can be human nose crooked nose, a Roman nose, overturned nasal common six categories, but it is difficult to find two nose shape exactly the same, so through the nose of the scanning height, width, curvature information can distinguish the identity, but is due to plastic surgery very progress, the shape of the nose compared to other organs are also more likely to change, so if the plain to the nose do as the only means of identification, the risk is higher.
Vascular recognition：
Although fingerprint recognition is developing very fast and more recognition of other organs and mature, but its disadvantage is likely to be an observant and conscientious person replication and even potential risk of being biometric fingerprint door lock broke the bad, so in order to make up for the disadvantages of existed fingerprint identification, attendant is to identify vessels, the same is through finger scan to identify the identity and recognition of vascular need blood if flow state to be successfully identification, so relatively speaking, is not easy to fake.
I think it will be more unique recognition in the future. 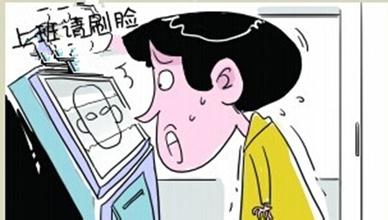 Next Article: Sincerity Is the Key to Long-term Good Cooperation