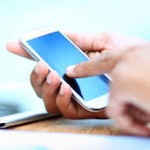 More than 90 percent of IT officials at U.S. federal agencies say their organization provides secure mobile access for government-issued devices, and 40 percent are concerned about securing those devices, according to an online survey conducted by CyberScoop and FedScoop and sponsored by Samsung.

Federal agencies are relatively advanced in endpoint protection, according to the report “Closing the Gaps in Federal Endpoint Security” (PDF).

The survey also found that one-third of federal workers use personal laptops, almost half use personal smartphones, and 74 percent use personal tablets for work, despite few of these devices being supported by agency IT systems.

Gartner research director Patrick Hevesi told Computerworld that this causes a security concern due to the lower security standards of consumer biometrics on mobile devices.


A third of respondents say they have insufficient funding to meet their endpoint security needs, and only 25 percent have fully implemented endpoint security, however 51 percent have implemented multi-factor authentication, and 28 percent more are in the process of doing so. Roughly three-quarters also either have implemented or are in the process of implementing single sign-on and identity management technology.“To try to get government-grade biometrics into a smartphone, the costs would be astronomical,” Hevesi said. “So the ones in the iPhone, the Android phones are still not government level.”

A report from Market Connections and Unisys recently showed that most federal IT leaders feelidentity management is important, but are challenged by budgetary considerations.