OT-Morpho has denied claims that the biometric electronic system it provided the Independent Electoral and Boundaries Commission (IEBC) to identify voters during Kenya’s elections was hacked, according to a report by TechTrendsKE. 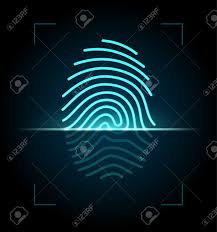 The move comes a few months after Kenya’s Independent Electoral and Boundaries Commission (IEBC) hired OT-Morpho (which was then called Safran Identity & Security) to provide 45,000 tablets to be used to identify voters biometrically and an associated system for Kenya’s August general elections.

OT-Morpho said an audit of the electronic system used to count votes in the canceled presidential elections proved that there was no manipulation of data.

Opposition leader Raila Odinga and the NASA coalition sent a letter to the French government accusing OT-Morpho of allowing unauthorized access to its servers and manipulating the transmission of the presidential results.

In the letter, Raila said that the hackers used the login credentials of the late Independent Electoral and Boundaries Commission’s ICT manager Chris Msando, who was found dead two weeks before the elections.

Raila generated logs as evidence of how and when the IEBC database was hacked, and claimed that the hackers added an algorithm to the system to manipulate the results as they were entered.

In response, OT-Morpho chief operating officer Frederic Beylier said the audit, which was conducted with help from external experts at security software companies, had demonstrated that the system “in no way suffered manipulation of data, attacks, attempts to penetrate the system or anything of that kind.”

“We obviously checked if there could have been questionable manipulations by any authorized or unauthorized persons and can confirm there was no manipulation of data that could raise questions,” Beylier said.

OT-Morpho said it had sent all its logs to the IEBC and is willing to undergo another external audit under the IEBC’s authority.