The Malaysian government has called on the United Nations High Commissioner for Refugees (UNHCR) to share its database of approximately 150,000 refugees and asylum seekers registered in the country, which includes their biometric information, according to a report by Channel News Asia.

Deputy Home Minister Nur Jazlan said that the authorities are worried that some Islamic State (IS) militants may have entered Malaysia and obtained a refugee card issued by UNHCR in an effort to move freely within the country. 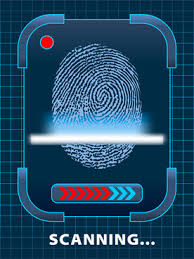 “They [UNHCR] have issued cards but the home ministry is not involved in the process of vetting at all,” Jazlan said. “They don’t collect biometric data. So it doesn’t help our enforcement effort especially on transnational crime, human trafficking and terrorism. So we want to know whether any IS links have penetrated, their numbers.

“But the refugee numbers reported by UNHCR keeps increasing. And since the Malaysian public now is very concerned about the presence and high numbers of foreigners, it’s time the government identifies and closes all loopholes where they can enter. And the UNHCR route is one of them.”

Jazlan said that organized crime organizations smuggle in IS suspects over the Thai border in trucks, which is why the Malaysian government is especially concerned with tracking individuals coming from Thailand.

He said his ministry has not gotten sufficient cooperation from UNHCR to implement the Proof of Concept (POC) program, launched on April 1, to vet 150,000 UNHCR refugees in the country.

“They have agreed in principle but fail to give details of refugees as per mutual agreement. And they are not cooperating and slowing down the process,” Jazlan said, adding that his ministry is contemplating visiting the refugee communities themselves to collect biometrics for its own verification system that includes facial recognition.

According to the “figures at a glance” listed on the UNHCR website, there are approximately 149,200 refugees and asylum seekers registered with the agency in Malaysia as of June.

Ninety percent of them stem from Myanmar, while 16,700 are from other countries including Pakistanistan, Sri Lanka, Yemen, Somalia, Syria, Iraq, Afghanistan and Israel.

Last year, the UNHCR rolled out its new ID card and card verification mobile application for refugees in order to combat identity fraud and counterfeiting.