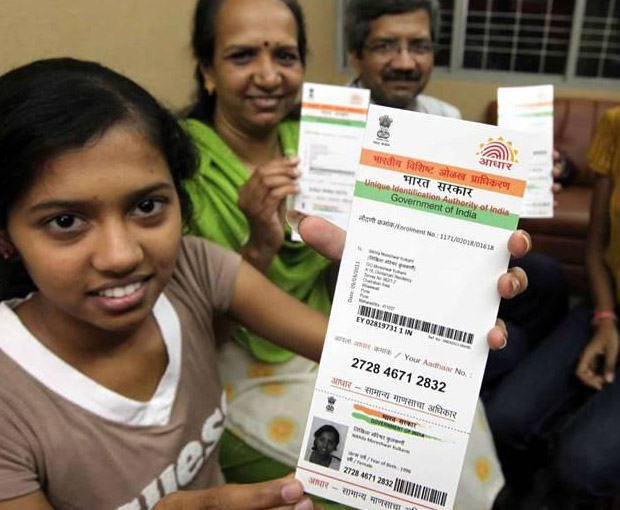 Unique Identification implementation of the project in India (also known as Aadhar Project), completed earlier this week to collect demographic and biometric data, the total amount of over 500 million Indian residents & mdash; & mdash; is the largest of a kind in the world biometrics project. The implementation of the project for several years has been accompanied by sound privacy and security as well as other aspects of the controversy comes from. The latest progress Aadhar project has attracted about its capture, store and manage data concerns the method, especially MongoDB is a US start-up companies in which the role. MongoDB is a non-relational database (NoSQLdatabase) start-up companies, last year raised money from the CIA funded by In-Q-Tel institutions. In-Q-Tel is an independent, non-profit organization capital, supported by the CIA and other US intelligence agencies of some behind. Over the past few days, several Indian media reports quoted the country's political parties and activists' opinions, doubts Aadhar project of private data stolen, directed at the person in charge of the project's co-founder of Infosys NandanNilekani. There are also some reports MongoDB article will be included among the target of criticism. Governments around the world are increasingly wary of the US National Security Agency (NSA) eavesdropping operation, there is no contact with any US government intelligence agencies are ignited things.

Moreover, because of the imminent general elections in India next year, the country's political opinions utterance is to achieve an unprecedented level. The timing of allegations such as these can not come again bad, at least for this huge project is so ambitious identity, Aadhar is waiting for the bill through Congress, to be in this year exclusively as a constitutionally recognized institution. I visited Bangalore of Aadhar project office, to be honest, I was introduced to the staff according to information statement, although it was accused of large data included in the contract to share content with MongoDB, in fact, we are using MongoDB's Aadhar open source, and does not touch the sensitive data. This meeting is also an opportunity to learn on Earth largest biometric database how it works, how to deal with security and privacy risks. Moreover, India's unique identification bureau (theUnique Identification Authorityof India) refute any US agency to share with India the national data charges. Aadhar For India, what does it mean? First, to clarify the context of talking about Aadhar, what this project means for a country like India it? The country has more than 500 million people do not have any formal identification (ID) or the like vouchers, which led to a number of other issues, such as no way to receive government subsidies, registered a bank account, apply for loans, obtain a driver's license and so on. Aadhar database project, now to add one million Indian nationals speed in recording every day, is expected to be completed late next year registered about 12 million people, will become the planet's largest biometric database referrals. Aadhar get 12 digit length coding biggest advantage is that the Government will be able to bank accounts linked with poverty, direct cash benefits and other subsidies to make bank transfers. Currently, India has nearly 40 million bank accounts established with Aadhar data matching. Market research firm CLSA report shows that Indian government $ 250 billion worth of subsidies and other national treatment in more than 40% for the country's poor, but puts them in the coming years wasted on government corruption. Aadhar program able to remove the middle part of the process, the people need government subsidies to direct cash transfers, curb corruption in this way. But there are also include Internet and Society in Bangalore center (Centre for Internet & amp; Society), including think tanks and activist for the issue of privacy has always been skeptical, even questioned the whole project can play much effect. Depth world's largest multi-biometric database try and Aadhar project officials met understand security issues, current progress, and their criticism of the use of MongoDB technology response. Friday Aadhar finally agreed in the southern outskirts of Bangalore headquarters to meet with me, Intel and Cisco headquarters in India, also located in the area. From the outside, all Indian nationals stored data (the current amount of data 5Petabytes) of Aadhar Technology Center is not like a government building & mdash; & mdash; it is easy to think that is close to Intel or Cisco's office in a . I walked inside, I came to a central location Rooms with a dozen television screens, several young engineers twenties sat excitedly in front of their computers in Jianpanshangqiao strike, query data stored transports packages information, the whole scene like an advanced control center. They stared at the TV screen shows the data package (about every 5MB) records from the National 30000 Entry into the center, through the verification process at least three times the information. Verification process for each parcel a dossier repetitive inspection to ensure that the same person twice Aadhar number will not be generated. That is, each set up a new data file, it is necessary for all existing files to run once & ldquo; go repeatability & rdquo; test, now this figure has exceeded 500 million. Former Intel engineer Srikanth Nadhamuni in September 2010 helped design the Aadhar technology platform, which is currently in Bangalore Khosla laboratory operation. He told me that these packets have been 2048-bit encrypted storage process, if there is an unauthorized attempt to call is triggered self-destruction (self-destruction) function