In choosing to replace its existing Touch ID fingerprint authentication with the new Face ID facial recognition feature for the upcoming iPhone X, Apple decided to gamble on a strategy that would force companies that support Touch ID in their apps to move to Face ID, according to a report by Computerworld. 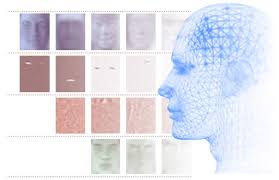 Since Touch ID was first introduced with the release of 2013’s iPhone 5s, a number of companies including Amazon, Chase, Fidelity, Fidelity Investments, Dropbox, PayPal, eHarmony and Starbucks have added support for the biometric authentication feature to log in without a password.

However, if these companies failed to migrate to Face ID, their customers would have no other choice but to revert back to entering passwords.

To prevent this from happening, Apple decided to make sure that companies use Face ID in their apps by essentially giving them no choice.

“They have released the dev kit to the world, and it works exactly like Touch ID, from a development point of view,” said Michael Fey, lead iOS developer for 1Password, adding that the API for Touch ID “is the exact same API for how Face ID works.”

The Touch ID-to-Face ID transition is designed to be effortless, ensuring that companies that already have Touch ID integrated in their apps will have to do absolutely nothing to make Face ID work.

However, developers will still need to make several cosmetic changes in their apps, such as changing the word “Touch” to “Face” or swapping out a finger icon with a face icon.

The Computerworld report emphasizes that “unless a company feels like creating its own authentication system — and why would it when it can simply use Apple’s and focus on its own app capabilities? — or wants to reacquaint its customers with the joys of keying in a password, it is likely to opt for Face ID anyway.”In deciding to support a single biometric approach for iPhone X, Apple was left with little choice but to do everything it could to make the transition to Face ID as seamless as possible so that every partner supports the new face authentication method.

But that business ROI equation would change if consumers started rebelling against Face ID, for example, if it simply proves to not work very well when widely distributed.

If Face ID runs into serious issues in the field that Apple cannot quickly fix with a software patch, Apple’s partners would be more than justified in seeking other authentication options.

This would cause significant issues for Apple considering the high-priced iPhone X smartphones are unable to revert back to implementing Touch ID support.

Next Article: No Pain No Gain