Kenyan cab hailing app Little has integrated its driver online verification feature using facial recognition technology provided by Microsoft Cognitive Face API to improve security for both drivers and riders, according to a report by CIO.

Little has accumulated over 200,000 downloads and has built a roster of nearly 2,000 drivers. 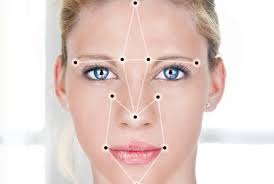 “The only way we can compete is through ensuring that we innovate,” explained Kamal Budhabhatti, chairman of Little. “That is why we piloted the security feature at the beginning of July with 100 of our drivers. Following a successful launch, we are now expanding and rolling it out to the rest of our drivers.”

The new security offering works by prompting the driver to take a selfie, which is then compared and matched to images on Little’s database.

The security feature prevents non-registered drivers from posing as Little drivers and picking up customers.

A product of Microsoft’s cloud-based Azure, Microsoft Cognitive API uses advanced face algorithms to detect human faces, compare them to similar ones and organize images into groups based on similarity.

‘Face verification’, determines the likelihood that two faces belong to the same individual. The API technology then provides a confidence score based on the likelihood.

“Little is one of the most exciting companies in Kenya at the moment and their commitment to security, innovation and productivity is one of the main reasons why we chose to partner with them,” said Kunle Awosika, small, medium and corporate lead for Microsoft Africa. “Their offering ties in perfectly to our commitment to empower every person on the planet to achieve more.”

In addition to safeguarding riders, the technology protects drivers against fraud attempts by ensuring that their accounts are not compromised by a third-party.

Little is the first firm to deploy the technology in the region, however, Microsoft also partnered with Uber USA in March.