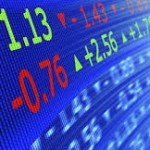 It seems face-based biometric ID apps are quite the rage of late. Sci-fi and action movies conditioned many to assume faced-based biometric identity is a sophisticated technology that is used only to guard, say, major military bases or nuclear reactors. But the reality is turning out to be something different.

Today face-based biometric ID is being used for all kinds of common, run-of-the-mill functions. Consider several examples from just the past several weeks:

– Facebook has announced it is testing a new security feature that will use face recognition for account recovery.

– Facebook also introduced a facial recognition tool that alerts people when they appear in photos on other pages (as a way of finding out if they’re being impersonated online).

– Google is working on a security feature that uses the phone’s front-facing camera to detect if someone is looking over your shoulder at your screen–the app then alerts the user to the snooper behind them.

– A new drone has hit the market that is designed to facilitate “outdoor self-photography”. It uses biometric tech to identify a particular person and then follows that person around.

– Saks Fifth Avenue is using face-based ID to identify VIP customers when they enter one of the company’s stores.

According to experts these “leisure” uses of biometrics tech are, arguably, rolling out much faster than the traditional security-based commercial and industrial applications. Taking this trend to its logical conclusion is an example from China where a company is using face-based biometric tech in a KFC to allow customers to pay by looking at a camera and ‘smiling.’ A subsidiary of massive Chinese tech company Alibaba has developed the technology, which it calls Smile to Pay. Are so-called leisure uses of biometrics technology the future of the sector, as opposed large-scale industrial uses? Could be.

Here in North America it is the consumer-facing tech companies like Facebook and Google that are rolling out the leisure-based uses of face ID. It’s worth noting that in a week when stock markets are on edge as Donald Trump plunges the world into a potentially damaging trade war, it is the tech sector that is (again) proving the most resilient. As a group the so-called FANG stocks (Facebook, Amazon, Netflix and Google) are off, as is the S&P 500 index, the Dow Jones industrial average and Nasdaq. But tech shares have lost less ground than the wider markets. Facebook and Google have even regained lost ground of late and said to be “putting in a base” in terms of price (according to analysts). Believe it or not but classic tech name Hewlett Packard even managed to pack on 13% in February hitting a record high of almost $19 per share here in early March.

That said, the stock of one company operating in the face-based ID biometric sector is not having a good run of late. IQE is a semiconductor technology company. Its products are used in the iPhone X’s facial recognition sensors. The company has become the target of short sellers as some investors claim IQE has fudging its accounting.

Short sellers use common financial tricks to take positions in companies they think are going to do badly. If an investor has a “short” position in a company’s stock that means the investor will make money if the stock goes down. A couple of well-known short sellers have taken such positions in IQE and are now publishing reports about the suspect accounting at the firm in a bid to get the stock to plunge.

Shares in IQE (which trades in the UK) recently slid 11% in one day in the wake of a report published by a firm called Muddy Waters Research, which is distributing reports outlining what it claims are spurious accounting methods at IQE. Since November shares have tumbled from a high of about $178 to near $100 a share in early February. The stock price is back up to $149 a share this past week, so it seems some have faith in the company’s accounting.

Gemalto reported 2017 results this past week. The company generated a generous EUR 3 billion for the year. Management stated that a non-standard accounting measure called “profit from operations” came in at EUR 310 million, which sounds positive. But the bottom line is that company’s revenue was down five percent from 2016. In fact, the company registered an overall net loss on the year of EUR 423.9 million. This compares to a profit of EUR 185.7 in 2016. Revenues from the company’s mobile division were off seven percent. A decrease in credit-card sales in the U.S. and lower demand for removable SIM cards were to blame.

On a positive note the company said that in the second-half of the year revenue was up by one percent, which suggests a possible turnaround in fortune. More so, management is forecasting double-digit revenue growth for its Identity business (which includes biometric products). Sure, the mobile business may be slowing (as smartphone sales level off globally) but the Identity segment grew by two percent last year and brought in EUR 533 million. The company is introducing a biometric payment card in 2018 in conjunction with the Bank of Cyprus, and so this seems to be where the growth is at for the company.

According to CEO, Philippe Vallée, Gemalto’s strategy is focused on strengthening its, “… leadership in biometrics, civil identity and data protection.” Like many other biometric companies this season the company mentioned the need to improve security after the string of security breaches last year. According to Vallée, “Moving forward, the strong demand in the Enterprise, Government and IoT markets is expected to continue, driven by the rising level of cyber incidents and data breaches, the need for increased security at country borders and the growing benefits of connected devices expanding across industries.”

Of course, Gemalto was also the subject of a bidding war this past December. French defense-electronics maker Thales SA won that battle and is set to acquire the firm for EUR 4.8 billion in the year ahead. In the press release announcing results Vallée also noted that combining the operations of Gemalto and Thales will “accelerate” the implementation of Gemalto’s strategy and that the process of merging operations is “on track.”

Like many other tech companies Gemalto is also eyeing up the connected car market as a source of future revenues. The company has recently announced some partnerships in that area. Kangrim Choi, vice president and head of the connected car business, KT, was quoted in a recent press release as saying, “Gemalto’s solutions will help strengthen our partnerships with 13 major automotive brands in six major countries to drive the adoption of our GiGA drive platform, as well as open doors for us to actively participate in upcoming connected car programs around the world.”

It’s worth noting that on February 28 Morten Opstad, chairman of the board and primary insider of IDEX ASA, purchased 100,000 shares at an average price of NOK 5.09 per share. Stock exchange rules require that sales or purchases of shares by insiders be made public. In this case the news is good. It’s considered a good sign of positive future performance at a company when a corporate insider buys that many shares (corporate insiders having the best sense of a company’s future potential). The purchase adds to Opstad’s holding of 7,149,196 shares in IDEX. Opstad made the purchase through his wholly-owned company, K-Konsult AS.