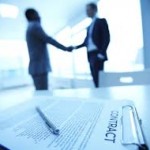 Edelstein will remain in his role as Chairman of BioCatch’s Board of Directors, which he has held since 2016, according to the announcement.

“BioCatch has all of the ingredients required to drive a transformation of the cybersecurity industry: a great team, a transformative technology and a leading market position in a rapidly growing category,” said Edelstein. “As pioneers in behavioral biometric technologies with more than 50 patents issued or pending, BioCatch is perfectly positioned to be the behavioral component inside all digital identity authentication platforms.”

In addition to his time at Thomson Electronics Settlements Group, where he served as Preseident and CEO, Edelstein has served as CEO of BT Radianz, NYFIX, and BondDesk Group. Those companies and others that Edelstein has led have been sold to larger industry players. He received a FINTECH 25-Year Legends Award from Global Custodian in 2010, among several industry recognitions.

“Given Howard’s experience, strategic vision and success scaling businesses, I can think of no one more qualified to take BioCatch to the next level,” said Bruce K. Taragin, Managing Director of Blumberg Capital and BioCatch board member.

BioCatch monitors more than 5 billion transactions per month with its patented continuous authentication technology, which collects and analyzes more than 2,000 traits for real-time fraud prevention.

Behavioral biometrics allow organizations to move beyond the reliance on static data that makes them vulnerable to social engineering attacks, a BioCatch VP told Biometric Update in October.