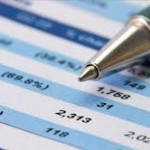 Aware has reported fourth quarter revenue of $3.3 million and full year 2017 revenue of $16.3 million, as license and service sales decreased. The revenue totals were down from $3.9 million in the same quarter last year, and $21.6 million for 2016.

Aware attributes the Q4 results to lower imaging software license sales, lower service sales, and lower patent income from an unaffiliated third party. For the full year, company revenues were affected by lower license sales to the United States Marine Corps and Navy, and lower sales in several different categories, which were partially offset by lower costs. Net income was also lower by $0.4 million due to the effect of tax law changes on deferred tax assets, according to the announcement.

“2017 was a year of investment in new products and technology areas in order to further enhance our position as a leading global supplier of biometrics software and solutions,” said Aware CEO and President Kevin Russel. “In 2017, we introduced Indigo|Onboard, a cloud-based biometric identity solution for better onboarding and Knomi, a mobile biometric authentication framework offering face, voice and keystroke dynamics. We also added solutions for new biometric modalities in voice and behavioral (keystroke) biometrics to our existing fingerprint, face and iris offerings. While our revenue results for the year were lower than we hoped for, we continue to be encouraged by the interest in and the worldwide opportunities for our biometric solutions in the government, commercial and mobile markets in the future.”


Aware’s fortunes in 2018 will depend significantly on the adoption of its new Knomi mobile authentication framework, which was launched in October
.